Expanding the cultural and educational offer

Increasing the potential of the New Library of the Republic of Poland by expanding the cultural and educational offer: Parts I and II

Within the framework of this project, implemented simultaneously with the project entitled: "Modernisation of reading rooms and public spaces of the National Library",

in the room formerly called the donor's hall and in the part of the corridor will be arranged rooms for a bookstore and a café.

For the implementation of Part I of the project, i.e. in the area of bookshops, the National Library received funding from the Minister of Culture and National Heritage in the amount of PLN 700 thousand within the Infrastructure of Culture Programme from the Fund for the Promotion of Culture.

Part II of the project in the area of cafes will be implemented from the National Library's own resources.

Room for the new bookstore, which will be on the right side behind the main entrance to the building, has already been cleaned and prepared. The bookstore will be separated from the entrance by a partition wall with glass doors, while the passage to the reading rooms and café will be fully composed of windows. Unnecessary partition walls in the corridor of donors have been demolished, they will serve as a direct passage to cafes and reading rooms.

Work on the arrangement of bookshop and café rooms began with the demolition of partition walls of the former security room. The passage through the so-called Charity Hall will lead to a new café. On the right, directly behind the main entrance, there will be a bookstore. 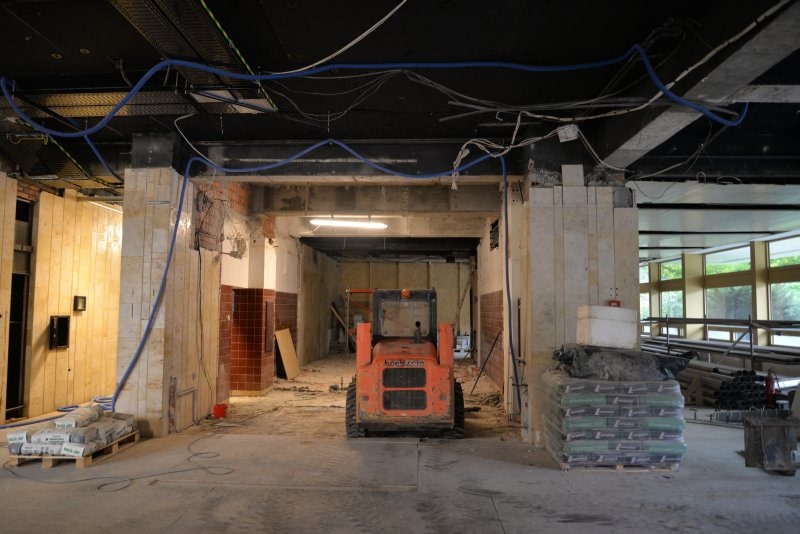 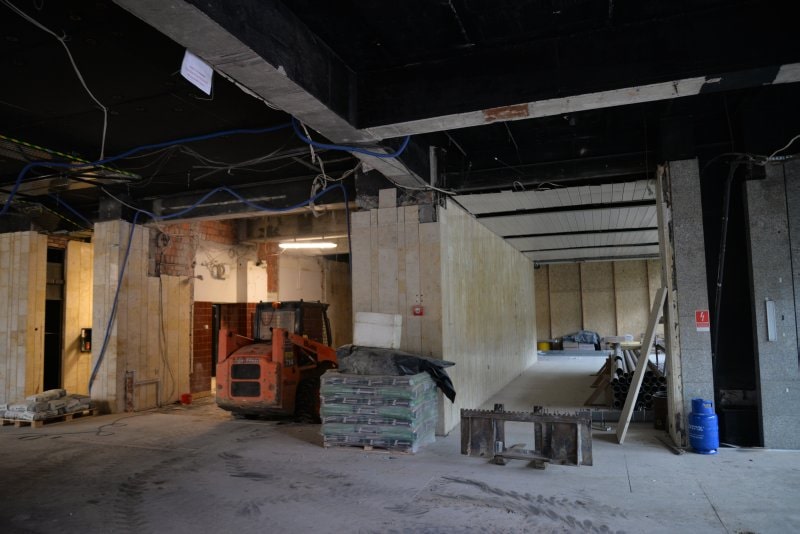 On 21 May 2019. The National Library signed with the Ministry of Culture and National Heritage an agreement no. 00488/19/FPK/DEK for co-financing of Part I of the task within the framework of the Cultural Infrastructure Programme from the funds of the Minister of Culture coming from the Fund for the Promotion of Culture for the years 2019-2020.

On 06.06.2019 within the framework of the implementation of the project for Parts I and II, a contract was signed with the Contractor of construction works - PROCHEM S.A. company. 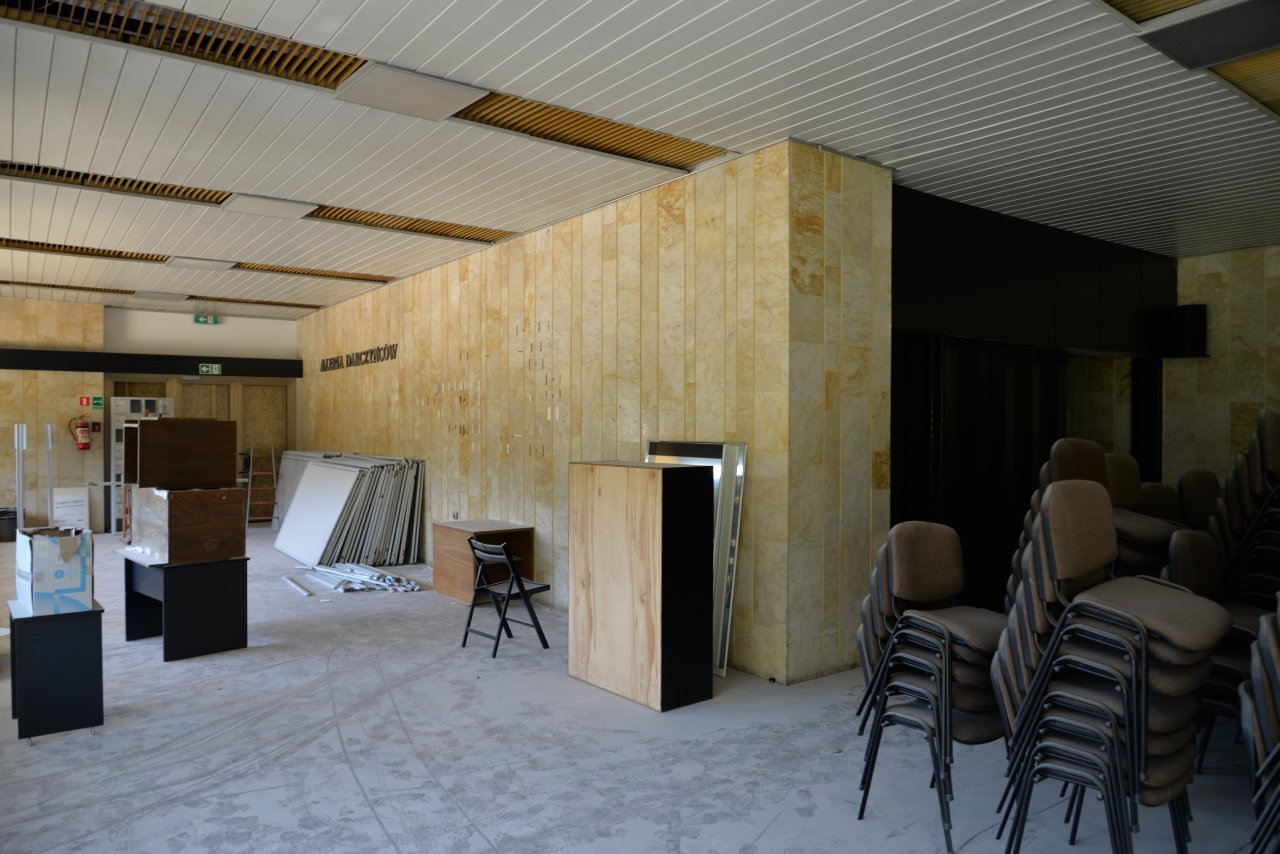 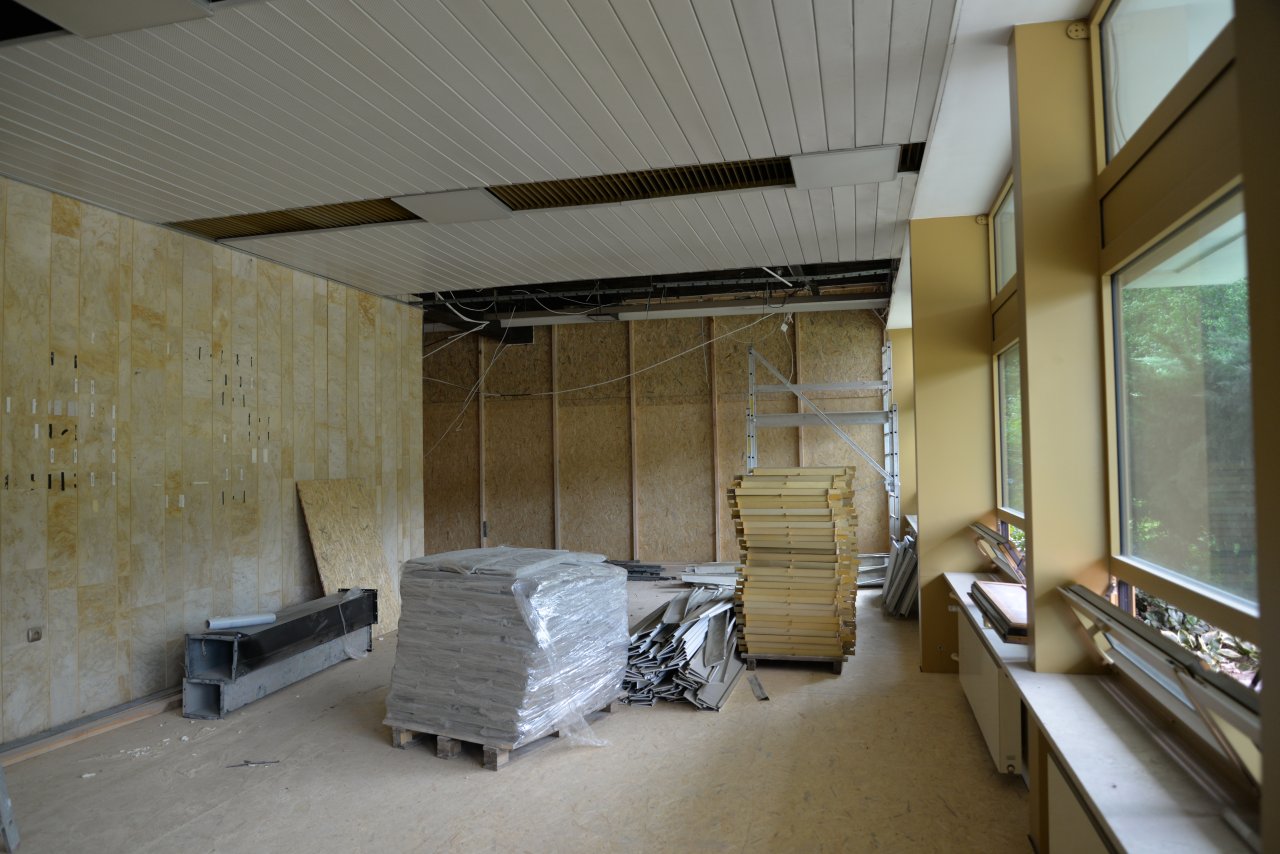